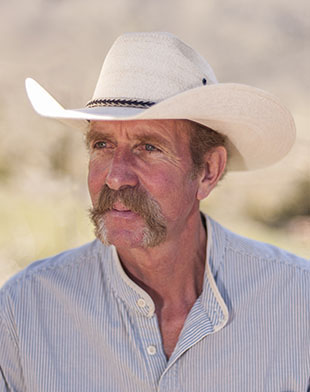 Rex Ewing’s diverse interests have led him from Colorado to Costa Rica to Alaska, working cattle and horses, mining gold, and formulating equine supplements. He now lives at the end of a bad dirt road in the Colorado Rockies with his wife LaVonne and two dogs. There he writes novels and non-fiction books from his hand-hewn log cabin powered by the sun and wind.

Why I Wrote Winds of Purgatory

I came upon the idea for Winds of Purgatory after asking a simple question: what would happen if all the world’s oilfields suddenly became unworkable? It seemed only logical that civilization would quickly tear itself apart as a result of starvation and civil war on a global scale.

At some point a stasis would be reached, although survival in the new world would depend upon constant vigilance; alliances would have to be made, nurtured and continually reappraised with utmost care. This is the world of Purgatory: twenty years after ‘the Turning,’ the watershed moment when everyone realized the oil was gone forever.

Still, a book about a pack of war-scarred survivors eking out a hardscrabble existence in a diminished world would be both pointless and uninteresting, and it’s already been done too many times. I needed a rich and strangely appealing setting (which I ‘found’ in the imaginary mountain town of Purgatory, Colorado), and a plot that would threaten it right down to its tenuous foundations. So I asked another question: what if there were a body of knowledge so profound that it would permit the bearer to exercise unquestioned dominion over the new post-Turning world?

All the book needed at that point was a unique group of flesh-and-blood characters willing to take the plot and run with it to the end. And a worthy antagonist. After a few false starts, Salia Warchez, a ruthless sorceress with a lust for power, emerged as the engine driving the plot. With my raven-haired witch in place, everything else followed naturally.

The strange science described in Purgatory is real, insofar as it is openly discussed in the physics community. And that makes the sorcery extrapolated from that science—whether real or not—at least explainable in scientific terms.