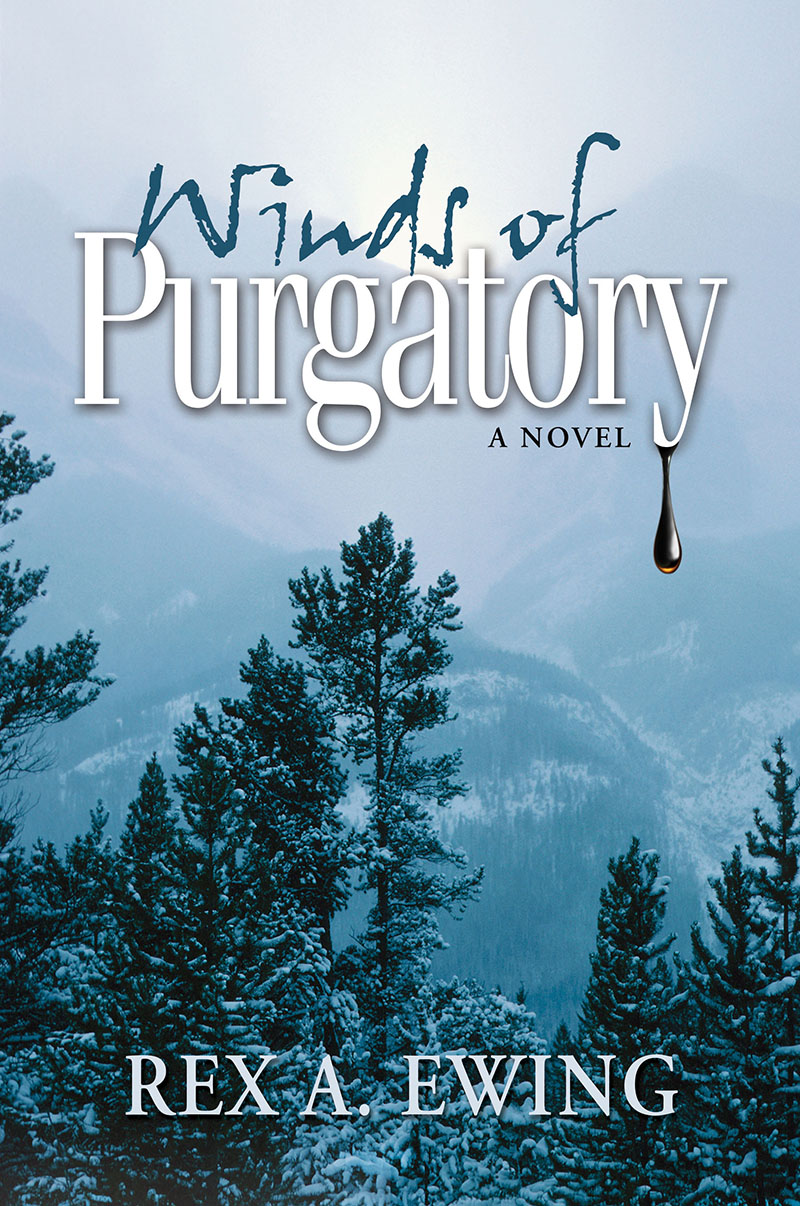 “What a master storyteller! I’ve read my share of post-apocalyptic screeds (i.e. James Howard Kunstler’s works), and this is the best ever. The idea is amazing — a microbe that solidifies the world’s oil. His venturing into the metaphysical is never easy, but in this case it works. The characters, the premise, the writing are truly amazing; his narrative description and character definition are equal to the best novelists in the trade.”
– Neville Williams, Florida

Winds of Purgatory, A Novel by Rex A. Ewing

It’s been twenty years since an engineered microbe brought the age of oil to an end, triggering a civil war that left civilization forever changed. Now, in a world divided into tightly controlled urban islands and self-reliant rural settlements, Salia Warchez, a cunning priestess of the end days, is ready to bring the new social order to its knees.

Moving like a ghost on the fringes of civilization, the outlaw Salia is one of the select few who know the secret to oil’s demise. And now she intends to bring it back for her own nefarious ends. But there’s a problem, and it’s waiting for her in the Colorado mountain town of Purgatory. As smoldering rivalries suddenly ignite, the future of oil will be settled once and for all, in one of the most deadly and peculiar places on Earth.

“The best-written book I have read in years. This post-apocalypse story is exciting, suspenseful, and told with words and descriptions that transcend the ordinary. The weird and wonderful notions of modern theoretical physics play well into this story of bonding, survival and conflict between philosophies. Jack Vara is the professor turned adventurer as he travels to the remote cabin of the father he never knew to continue a quest. The compadres of his dead father are a memorable and well-defined group. As the story unfolds, human nature is shown to be the same in the new world of an oil-less future. The story is great, the narrative is outstanding, and I recommend it to anyone who enjoys reading.”
– Jay Williams

“… All the book needed at that point was a unique group of flesh-and-blood characters willing to take the plot and run with it to the end. And a worthy antagonist. After a few false starts, Salia Warchez, a ruthless sorceress with a lust for power, emerged as the engine driving the plot. With my raven-haired witch in place, everything else followed naturally.

“The strange science described in Purgatory is real, insofar as it is openly discussed in the physics community. And that makes the sorcery extrapolated from that science—whether real or not—at least explainable in scientific terms.”